In a research, a home security company has interviewed over 100 reformed burglars to discover how criminals operate and understand deterrence that drives them away from our homes.

Burglars are becoming increasingly professional in their approach to burglary. It isn’t just an opportunistic break-in by somebody who sees some nice equipment in the window.

Burglars are often very professional and work in twos and threes, scoping out property for up to 24 hours or longer before they actually attempt to break into the house.

Homes that use this door reinforcement kit can’t be broken into!

Researches also found that many of the ex-burglars interviewed felt it was their right to take valuables from poorly protected homes, suggesting a growing culture of the entitlement among some. 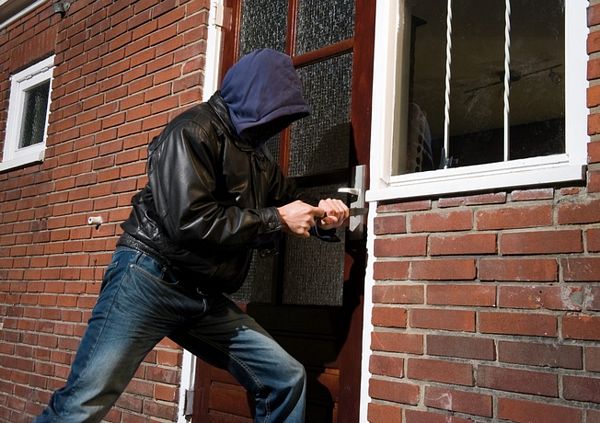 72% of burglars observe and research property before committing a burglary, with many hiding in bushes nearby.

A team of two to three people could cover a property in just five minutes. They are well aware of hiding places, such as washing machines, fridges, cereal packets and sock drawers.

The plan would start really by seeing something first, like plasma TV in the window, or they get into the back garden. In the nighttime, when the lights are on in your house, you can’t see onto the pavement. So you can literally just stand outside someone’s window and observe the whole household.

It’s always windows, if you know what you are doing. Somebody will leave window open just a little bit. It’s enough. They will be in and out in five minutes.

The research has been able to identify the main deterrence that will drive criminal gangs away from the property, including gravel driveways that make it hard to approach property silently, external lighting and CCTV.

94% of burglars said they would avoid monitored alarm systems!

Old looking alarms are not a problem. They are easy to disable.

The ones that will send intruders away are those that have light underneath them. Burglars absolutely will not go near them because they are monitored. It will go to a call center and it will notify the police or they gonna send a security guard. It’s too much hassle for them.

What people don’t tend to think about is the emotional state that they could be put into by knowing that their house has been violated effectively by burglars coming into their property.

Home owners should ramp up their security in line with that growing professionalism.

So have modern windows, reinforce your entry door, new locks and making sure they work. Making sure that windows are actually shot, not leaving keys where they are accessible by burglars (such as letterbox).

Also increasing the security by having a home alarm which is monitored by a professional company that will deter burglars from even trying to beak into your home.